Author Janet Newman will visit the Mercer Public Library on Thursday, July 7 at 6:00 p.m. to discuss her book, ‘Letters from Clara: One Intrepid Woman’s Travels on the Eve of War, 1936-1939.’

Newman will introduce us to Clara Pagel, an inspiring woman who, at the age of 40, set off alone to see the world in 1936. Nearly sixty years later, Janet found letters Clara sent to her friends at the YWCA of Wausau, letters describing Clara’s adventures in Shanghai, Manila, Italy, Egypt, and on a ship off the coast of Africa. Janet will read from some of Clara’s letters and will describe her own adventure to piece together Clara’s story.

Janet Newman’s professional career began as a copywriter in a country western radio station and concluded as a college administrator. In her retirement, Janet participates in four book clubs and a writers’ circle. Her writing, which shines a light on fascinating people, has appeared in Mondays at Ten and various news publications. Janet and her husband split their time between Wisconsin’s Northwoods and St Croix, US Virgin Islands.

‘Letters from Clara: One Intrepid Woman’s Travels on the Eve of War, 1936-1939,’ published in 2022 by the Wisconsin Historical Society Press, will be available for sale at the event. The program is free and open to all. For more information, call the Mercer Public Library at 715-476-2366. 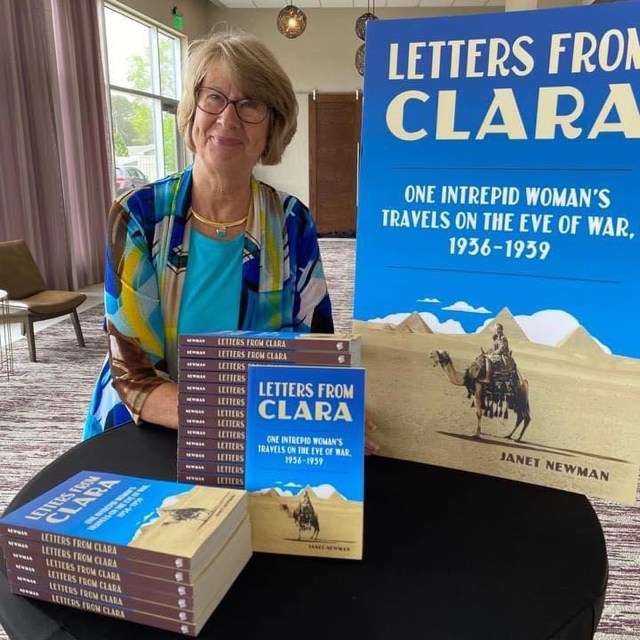