Todd Maki presents “Return of the Giraffe – Angola 2022-2023” on Thursday, September 22 at 6:30pm at Cold Iron Brewing! Local zoologist Todd Maki is returning to Africa this October to celebrate his 20 year anniversary of working with giraffe conservation and to join a Giraffe Conservation Foundation reconnaissance trip to Angola in preparation to translocate giraffe from northern Namibia to southern Angola in 2023. Todd will hold a presentation discussing giraffe, conservation, and his trips to Africa assisting with the research and survival of the iconic giraffe. 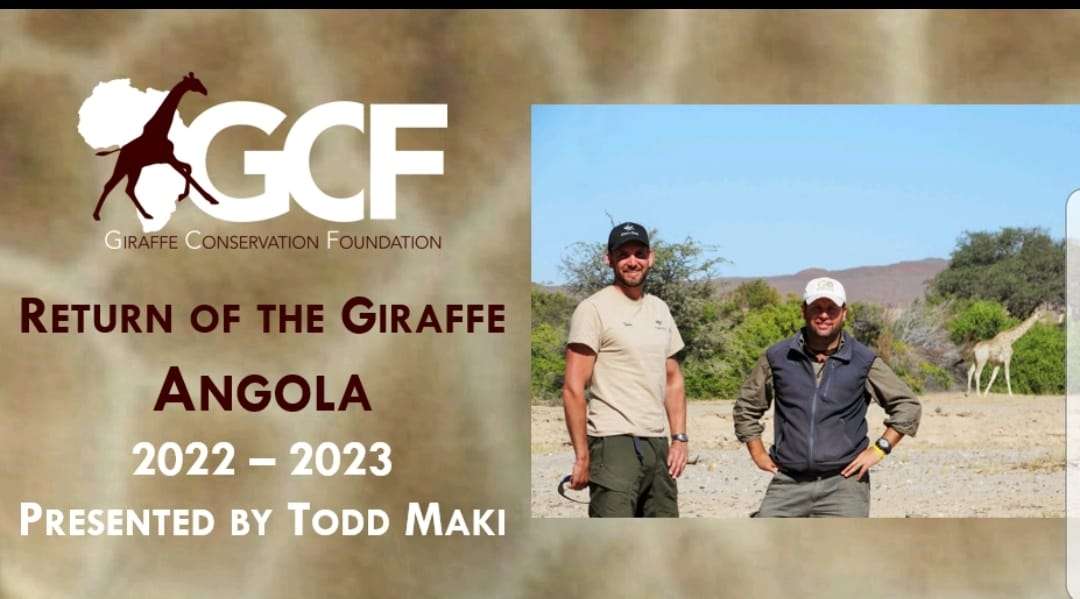